After Amazon forced the FBI to seize a family’s assets, it has now shined a light on a horribly abusive practice by corporations and big companies everywhere…

One Seattle, Washington family learned about this the hard way, and they are now shining light on a practice that is used by federal officials and large organizations alike to get their way.

Carl Nelson was busy working for Amazon as a real estate transaction manager, and he had a wife and four daughters in West Seattle.

However, the family’s life was turned completely upside down because the FBI suddenly swooped in and seized almost $1 million from them over a completely unproven allegation.

It was in April 2020 that these FBI agents came to the Nelson family home and informed them that Amazon had accused them of not providing “honest services.”

Specifically, what Amazon was alleging that Amazon did was to provide extra benefits or deals for certain companies and they in turn provided him with an illegal kickback. Nelson has continually insisted he would never do that.

“That never happened and is exactly why I’ve fought as long and hard as I have,” Nelson said to Reason Magazine. “It’s that simple.”

One of the saddest aspects of this case is that the FBI did not need to have a conviction in order to arrive at this man’s residence and seize roughly $892,000 in assets from his family.

“We went from living a life where we were both working full-time to provide for our four daughters to really figuring out how we were going to make it month to month,” Amy Nelson said. “It’s completely changed my belief in fairness.”

To make matters worse, the FBI seized assets that did not even come from Carl Nelson himself even though he was the one being accused. Instead, the FBI took money from “almost every corner of the Nelsons’ world” including things such as savings accounts from his wife Amy Nelson that she had accrued while she worked as an attorney. 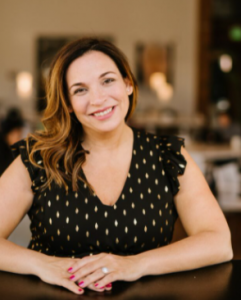 Although Nelson literally had to take it all the way to the supreme court, the FBI finally agreed last week to a settlement where they would return $525,000 to the Nelson family, but the family would also have to forfeit about $109,000. The money they gained due to the settlement is probably going to be swallowed up in legal fees.

Even though there was a settlement, this is hardly going to help life go back to normal for the Nelson family. They were faced with liquidating literally everything they owned and they have now moved into Amy’s sister’s basement. They were also forced to remove their four daughters from the Seattle school they attended.

Bloomberg described how Amy had been forced to close the Riveter, which was a co-working startup that she had masterminded in order to help women. Even though the FBI admitted their error, Carl is still in the middle of a tremendous civil lawsuit.

“It’s hard,” Amy said, according to Reason. “Not much has changed for us.”

Due to the fact that Amazon forced the FBI to seize this family’s assets, Amy has set up GoFundMe to help them get through these difficult times. To date, it has raised $70,000.