Come to find out that now we see CNN getting ready to start MASSIVE layoffs, and there is only one thing to say about that…

Fake news just doesn’t pay. It’s not what the people want, and it isn’t keeping the lights on.

This comes on the heels of the fact that CNN employees are getting ready for a tsunami of bad times, spurred on by an epic commercial failure of CNN’s subscription streaming service.

This means that CNN has failed to draw significant interest for subscriptions from a broad audience.

Ironically, Fox Business reporter Charles Gasparino is the first one to break the news of the potential layoffs as of Wednesday. 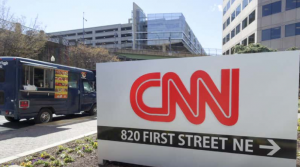 It is possible that Discovery, the parent company of CNN, may be in conflict with CNN with the launch of this subscription service.

Discovery executive John Malone is already going on record for nudging CNN personalities who traffic in misinformation and political partisanship out of the door, according to a report from John Nicosia.

This appears to be coinciding with the exit of disgraced CEO Jeff Zucker from CNN a few months ago, and there are even reports that at least one CNN personality that is an apologist for Zucker is headed out the door as well.

Malone appears to be viewing CNN’s coverage of Ukraine as one of the lone bright spots, and a model for reforming the network in the future.