Servers are one of the most thankless jobs that exist. When you don’t have a steady income, your livelihood depends on the kindness of strangers.

Sometimes, you receive a bad tip for things that are out of your control, like the food or restaurant prices. So it’s understandable for waiters to get frustrated if they get paltry tips after doing their best. One server felt his blood boil when he picked up a measly $3 tip – only to be blindsided by an incredible gesture.

First impressions can be very hard to change, but these teenagers did everything they could. Celebrating their homecoming, a group of 13-year-olds went to a restaurant. Due to their young minds, however, they didn’t reward their waiter with an appropriate tip.

“Nothing more frustrating than when I get little to nothing for a tip and the customer is smiling and thanking me profusely as they exit,” he said. His attitude towards the guys changed drastically the following day.

“I’ve been serving a long time,” the waiter said. “Nothing like this has ever happened to me, or anyone [I know].”

His experience mostly mirrors that of the majority of servers in the industry – long hours, low wages, and little appreciation from customers. Even though he had been struggling financially, he always wore a smile.
But just as things were looking up, he found a strange-looking note left on his table. Was it a complaint? Instead, what he found was something that had him scrambling for his phone. 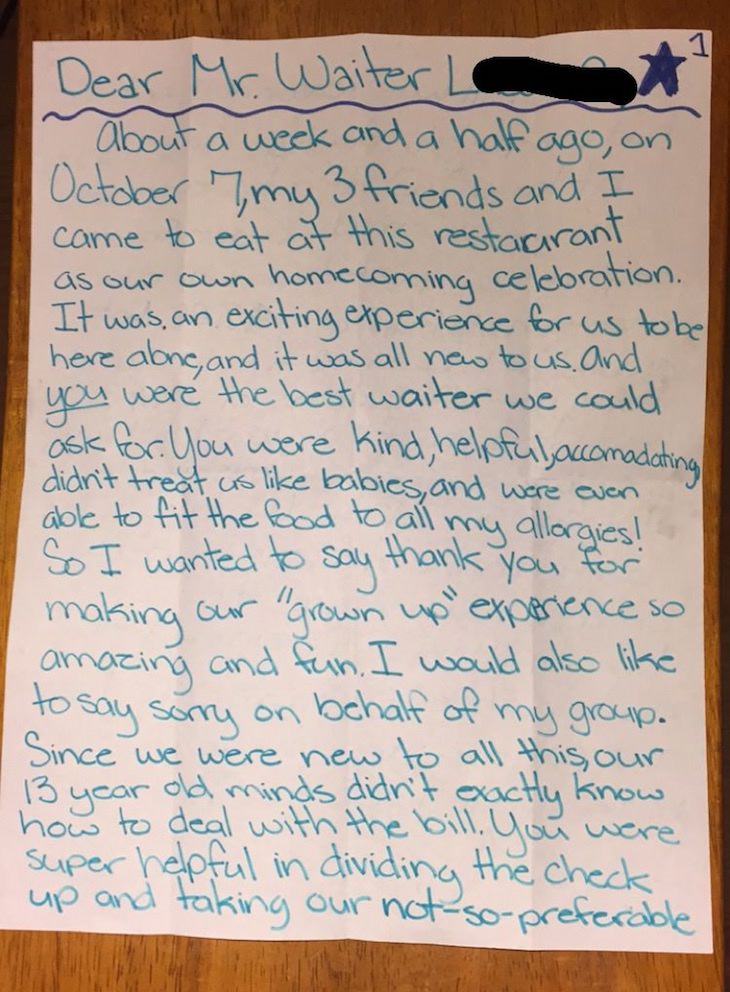 A week and a half later, he was in for a pleasant surprise when the kids delivered a heartfelt apology explaining what happened and thanking him for “not treating us like babies.” They even added in a full 18 percent tip, plus a little extra for “simply being amazing.” 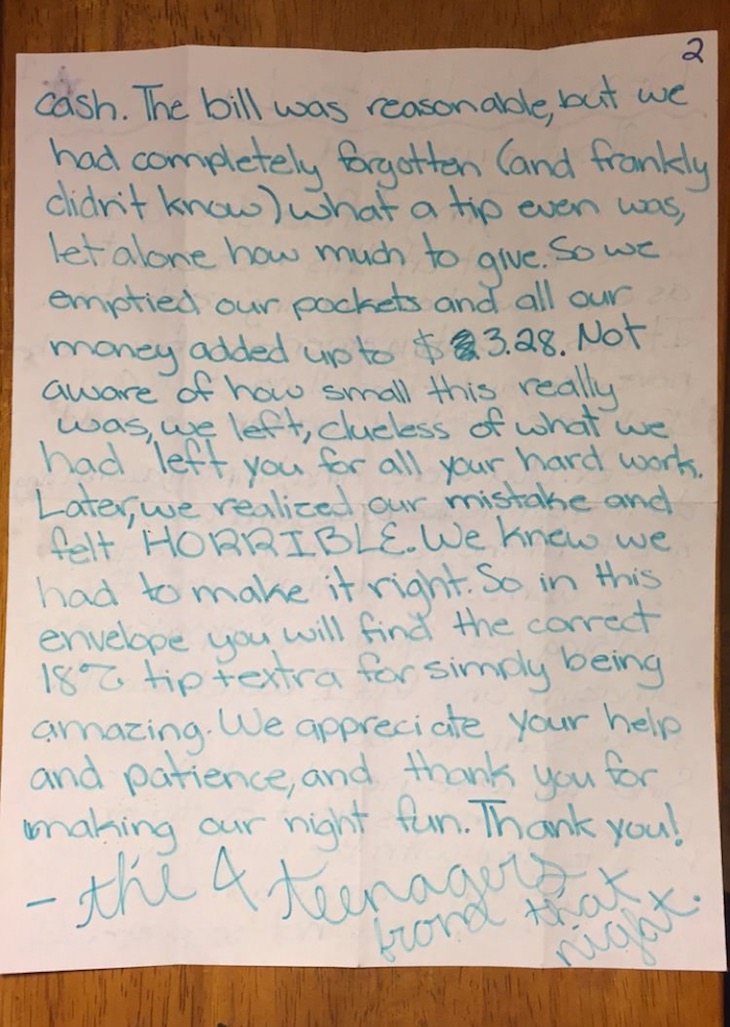 Not only did these teens admit their mistake, but they also made it right.