They Found A Dead Body, What Happened Next Is Sending Them To Prison!

They Walked Into Walmart, What They Saw Next Had Them Screaming For Heads!

ALERT: There’s A Big Grocery Store Scam You Need To Be Very Aware Of!

ALERT: Biden Is About To Face A MASSIVE Class Action Lawsuit!

They Sent Her Home For A Dress Code Violation, What She Came Back With Shut Them All Up!

Anyone that owns a firearm hopes that the only time that they ever find themselves using it is when they are doing target shooting or going hunting.

Nobody, despite what liberals would want you to believe, ever wants to have to pull that trigger when it is pointed at another human being.

No decent person that has ever had to do that would go out and have drinks to celebrate having to hurt someone. That being said, people have the right to defend themselves or the people around them.

Many years ago, there was a story that I was told by a coworker at the job I was working at the time where he said that he had a justifiable homicide on his record.

So the story goes, he was going over to visit his sister when he walked up to the house to see the door wide open and his sister yelling for help.
He walked in on his sister being raped with a knife to her throat. He told the guy one time to back away and he got up to go after him with the knife. He drew his weapon, fired and shot him in the chest.

The police cleared him initially and then hours later when the man confessed to why hew was shot before he died having the bullet removed.
The point is, when you aim to do harm to someone or to commit an act you know full well what might happen if things go wrong for you and nobody should cry on your account.

Via The Blaze:
After an armed man entered a Popeye’s restaurant in San Antonio last month and reportedly pointed a gun at a customer’s children, that customer — a licensed concealed carrier — shot the gunman dead.

But now the mother of the deceased 19-year-old gunman is asking why the father who fatally shot her son chose to fire more than once.

While Cynthia Ruiz acknowledged her son, Andrew Herrera, deserved to be punished and that the dad who shot him was defending his family, she shared a lingering question with KSAT-TV: “Why shoot him four more times? Why did he shoot him five times?” 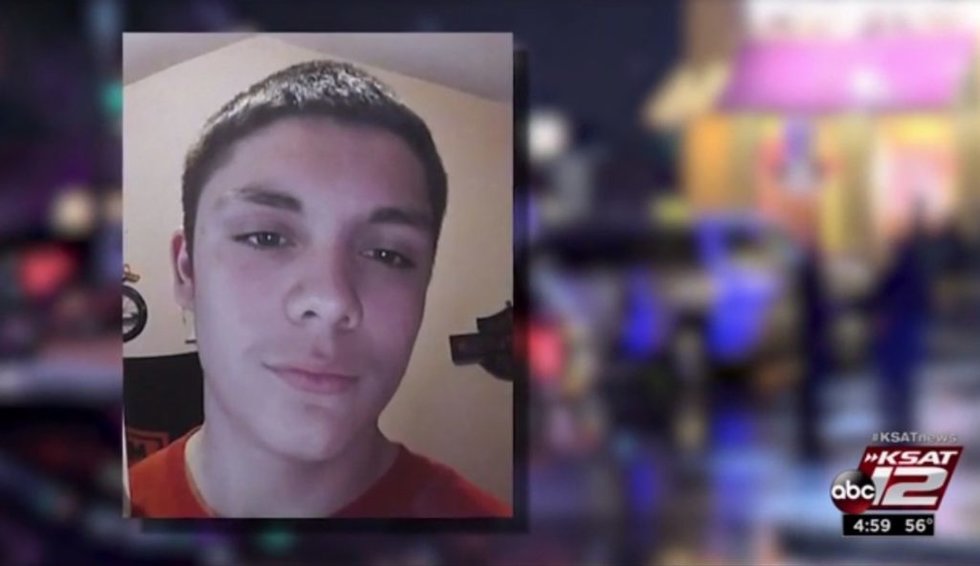 Ruiz added to the station that she wants to see surveillance video, but police last week wouldn’t confirm to KSAT if a video exists.

During the Dec. 6 incident, the gunman demanded money from the dad inside the restaurant, KABB-TV reported — but the father said he wasn’t giving him anything, Police Sgt. Roy Miller told the Express-News.

The robber turned to the employees to try to rob them, and police told KSAT-TV in an earlier story the employees all ran out the back of the restaurant.

The dad asked the gunman if his family could leave, and when the robber agreed, the mom and two of their children exited the restaurant — but two of the family’s other children were still in the restroom, KABB-TV reported.

But when the robber saw the two children walk out of the restroom and pointed his gun at them, Dad fired his own gun and killed the robber, KABB reported.

“The citizen is a licensed carrier and did use his handgun to take down the robber,” Police Capt. Michael Starnes told the Express-News, adding that the father isn’t facing any charges. 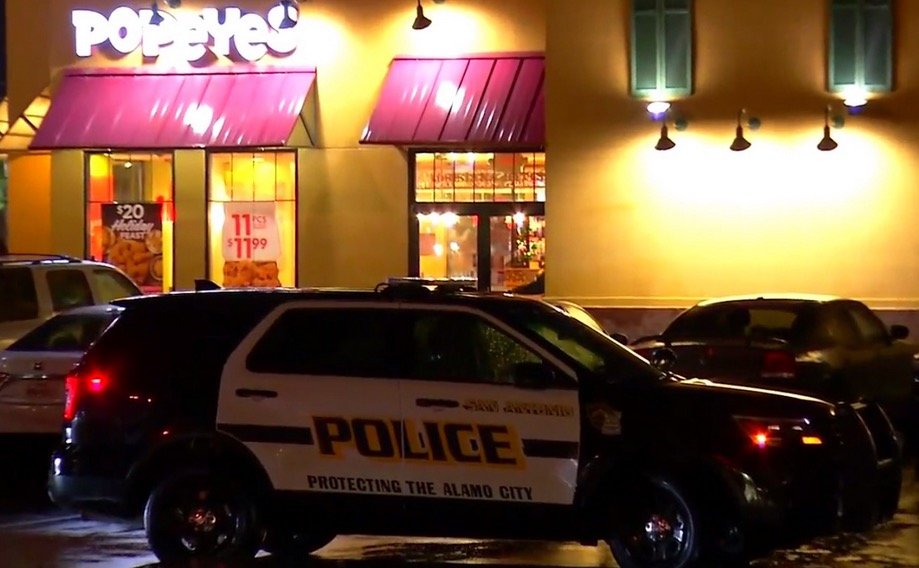 “He really saved the day and protected a lot of people today,” Starnes told the paper.

What else is the mother of the dead gunman saying?