In the summer of 2015, a team of archaeologists led by University of Cincinnati discovered and excavated a Bronze Age warrior’s tomb in the Greek town of Pylos: the grave of a distinguished warrior that had lain undiscovered for nearly 3,500 years, including the warrior’s remains as well as 1,400 valuable artifacts.

The find has been called one of the richest tombs discovered in Greece in the previous 50 years and a potential crossroads of civilizations.

The two beehive-shaped graves were discovered in Pylos, Greece, by archaeologists from UC’s classics department named Jack Davis and Sharon Stocker. They were looking for the “Griffin Warrior,” a Greek man whose grave they had located nearby in 2015. Excavations were hampered by legal issues with the Greek government until recently, despite the tomb being originally discovered in 1930.

The skeleton, known as the Griffin Warrior because of an ivory plaque with a griffin carving that was buried next to him, was found in a shaft grave, a deep rectangular burial structure that was a typical method of elite entombment in Mycenaean Greece. A bronze sword, ivory combs, gold bands, and seal stones, gemstones sculpted with Minoan influences, were also found alongside the warrior’s remains.

The tomb of the Griffin Warrior is one of the richest found on mainland Greece in recent years. Even though archaeologists don’t yet know where in Greece the griffin warrior originated, it is obvious from the abundance of artifacts discovered in his grave that he held a high station in society. Furthermore, the specifics of the object are prompting archaeologists to reevaluate some conventional wisdom about Mycenaean Greece.

Before ultimately disclosing their astounding findings, a group of 30 archaeologists labored diligently for months to carefully excavate the Griffin Warrior tomb close to the ancient Palace of Nestor. 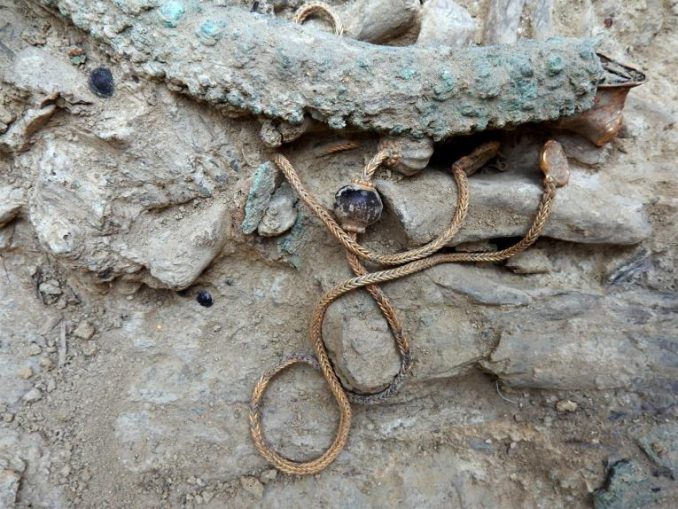 However, in their exceedingly rare fine, a particularly shocking and perhaps the most impressive they have found is a grime-encrusted object, less than an inch and half long, that looked like some kind of large bead but little did they know it contained a remarkable secret.

They put it aside to focus on more prominent items, like gold rings, that also were packed into the rich grave.

But after a year, as a conservator removed the lime accretions on the bead’s face, it turned out to be something quite different: a seal stone, a gemstone engraved with a design that can be stamped on clay or wax.

The artwork on the seal stone, an arresting representation of one warrior engaged in combat with two others, is carved in astonishingly fine detail, with certain features barely discernible to the unaided eye. An original sketch that has been enlarged makes the image easier to perceive.

The seal stone presents two mysteries. One is how and why it was engraved in such detail. The other is whether its battle scene, strongly evocative of those in Homer’s “Iliad” and “Odyssey,” depicts an event that contributed to the oral tradition behind the works of Homer.

According to The Telegraph, the seal, known as the “Pylos Combat Agate,” has been acclaimed as one of the best pieces of prehistoric Greek art ever discovered and may portray the mythical conflict between the Trojans and Mycenaeans that was described in Homer’s Iliad hundreds of years later.

The seal stone’s owner, known as the Griffin Warrior after the mythical animal depicted in his grave, was buried around 1450 B.C. He lived at a critical period when the Minoan civilization of Crete was being transferred to cities of the Greek mainland. 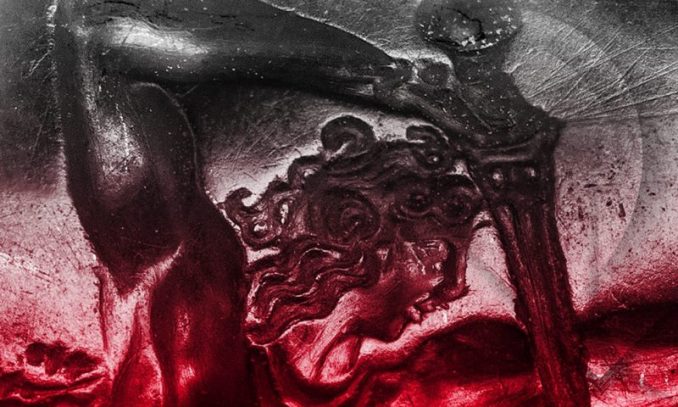 Local chieftains, like the Griffin Warrior maybe, utilized priceless Cretan artifacts to demonstrate their ties to the elite Greek-speaking Mycenaean civilization, the first in mainland Europe. A century or so later, their descendants constructed the magnificent palaces at Homer’s listed cities of Pylos, Mycenae, and Tiryns.

“The detail is astonishing, especially given the size. Aesthetically, it’s a masterpiece of miniature art,” said John Bennet, director of the British School at Athens, an archaeological institute.

“The stunning combat scene on the seal stone, one of the greatest masterpieces of Aegean art, bears comparison with some of the drawings in the Michelangelo show now at the Metropolitan Museum of Art,” said Malcolm H. Wiener, an expert on Aegean prehistory and a trustee emeritus of the Met.

“It was after cleaning, during the process of drawing and photography, that our excitement slowly rose as we gradually came to realize that we had unearthed a masterpiece,” they wrote in the journal Hesperia.

Well, we can only wonder what other surprises await, with over 3,000 objects unearthed from the tomb, many are still being worked on and examined.

Watch it here: Youtube/Let Me Know