The barely visible home went viral shortly after being listed.

No joke — this home in Illinois is considered a basement home as it is completely underground with only the roof and a few windows peeking above the surface. It’s a little less end-of-world-bunker, and a little more live-in-your-mom’s-basement, because it’s literally just that. It’s a basement.

In the Peoria suburb of Deer Creek, a two-bedroom home that is essentially just a basement was listed for $35,000, according to reports.

The 832-square-foot, “basement house” caught the internet’s attention due to its unique appearance. The majority of the home is underground, with just the slab of the roof and a small entryway visible from the street. The home does include some small windows, which let it a decent amount of natural sunlight, making it a bit more desirable for someone who wants a place to live under the surface of the Earth.

According to reports, the property was built in 1952. Although photos from the exterior don’t make it look that appealing, the home is quite quaint when you get inside and see what the designers have done when putting the home together. 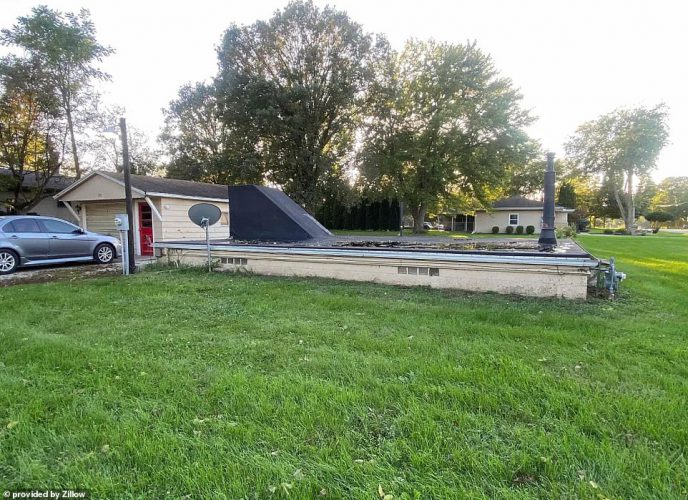 What’s cool about this property is all the possibilities open to you if you were to purchase it. You could completely design a whole upstairs totally to your liking. Plus, this basement home sits on almost half an acre, so you have plenty of space to create the home of your dreams.

If you wanna see how interesting this basement-only house is for yourself, take a look through the pictures below.

However, the home does sit on about half an acre of land, offering residents plenty of yard space. Next to the roof of the house appears to be a 12-foot by 16-foot shed with a bright red door and a disgruntled garage door.

As you courageously make your way inside, you’ll notice exposed reddish-brown brick throughout the home. The furniture in the living room is also simple and neutral. There is one window in the space, allowing access to minimal natural light. A floor lamp in the room is used to add additional light and brighten up the space, creating an overall balance between the kitchen and the living room. 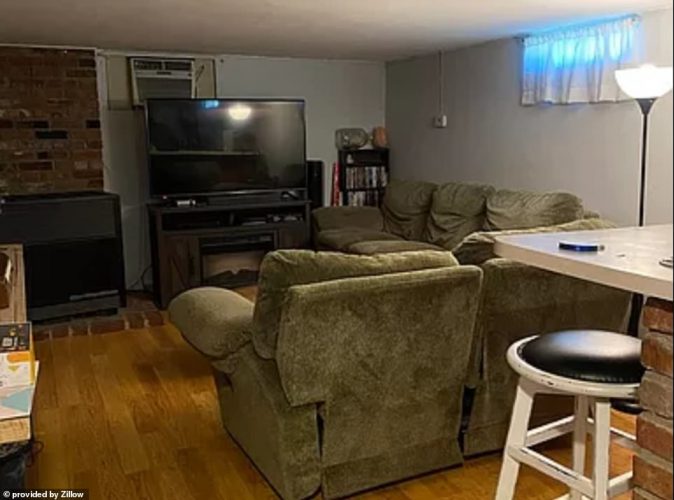 The cabinetry in the kitchen is red and distressed, creating a sort of rustic farmhouse look when paired with the brick.

The rest of the kitchen is plain and simple; the countertop and floor are the same color, with a basic 12-foot by 12-foot tile installed on the floor. As you walk into the living area, you’ll notice the floor is now a simple wood color, while the brick wall in the room can be used as a feature wall. 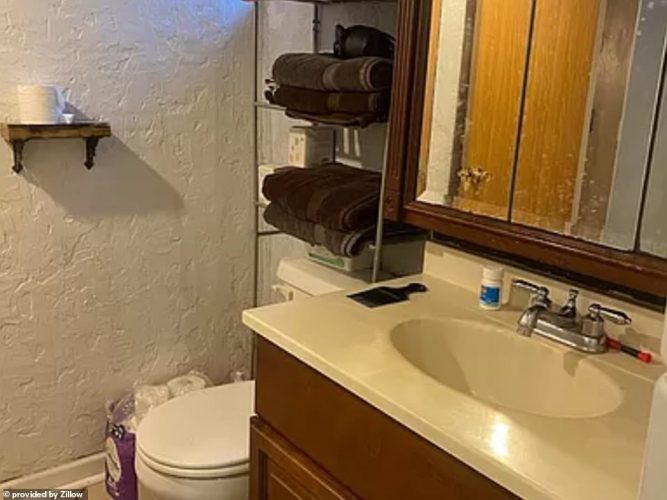 One of the bedrooms has walls made of a mixture of drywall and cement bricks. Both materials are painted a light blue, making the room feel brighter and larger. In this room, there is also a larger window, making it easier for residents to have access to fresh air and the outside world. 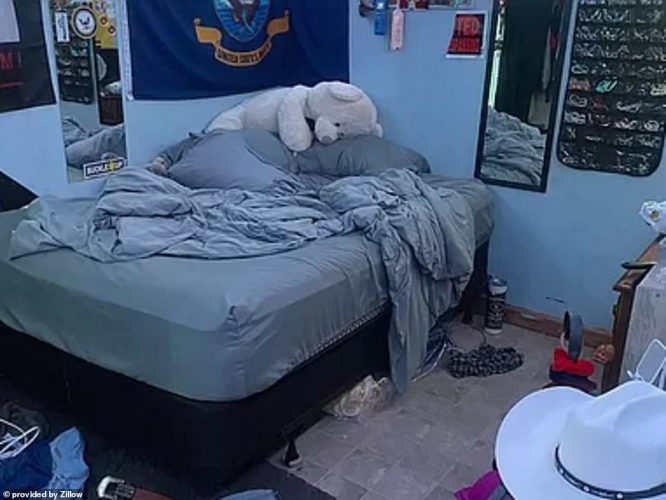 “Currently the home is rented but could be a great home to buy and build a larger home with the spacious lot there are plenty of possibilities,” the listing added. 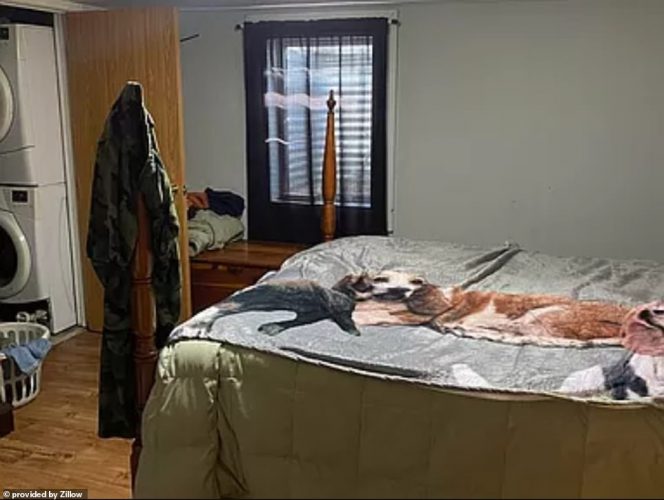 According to AWM, dozens of people shared their mixed reactions to the property on social media. Many people expressed their interest in the home, while others thought it was lacking.

“Did the house burn down, and they just roofed the foundation?” one person wrote who was not impressed with the Illinois home.

Another person called the house “weird,” while a fourth tweeted, “I can’t even begin to imagine what their anxiety is like every time it rains. How is this even safe?”

Someone else wrote, “I was prepared to hate it, but it’s actually kind of an average modest home on the inside. Personally, I prefer more natural light, but, hey, with the way things are going, we’ll all be living underground soon.”