If you think you’re having a bad day, chances are it’s not this bad.

When one man tried to rob Polyana Viana, he had no idea what he was getting himself into. As it turns out, Viana is a 26-year-old UFC fighter from Rio de Janeiro, Brazil, and she is someone you definitely do not want to mess with.

According to Bleacher Report, Polyana was leaving her apartment around 8 pm on a Saturday night when a man tried to steal her phone. He thought he had found an easy target when he spotted the small woman alone, but he was greatly mistaken.

Polyana was waiting for an Uber in front of her apartment building when the man approached her. He claimed to have a gun and told her to give him her phone. But Polyana acted quickly, and she basically became the hero this world needs.

She described the man as “sneaky” because he was “already quite close” by the time she noticed him.

“When he saw I saw him, he sat next to me,” Polyana said “He asked me the time, I said it, and I saw he wasn’t going to leave.” She said that she already motioned to put her cell phone away. That’s when things escalated.

“And then he said, ‘Give me the phone. Don’t try to react, because I’m armed.’ Then he put his hand over (a gun), but I realized it was too soft.” Viana’s genius observation proved to be critical. And her quick thinking really saved the day.

“He was really close to me. So I thought, ‘If it’s a gun, he won’t have time to draw it.’ So I stood up. I threw two punches and a kick.” This is the best action movie ever! (But seriously, I would totally watch this movie if it were real.) 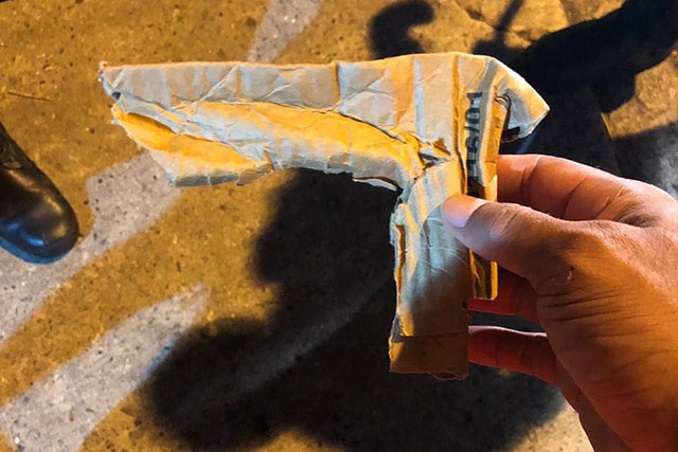 He fell, then I caught him in a rear-naked choke. Then I sat him down in the same place we were before and said, ‘Now we’ll wait for the police.’”

A chokehold. She put him in a CHOKE HOLD

Once she had him subdued, Polyana asked passersby to call the police as she kept the suspect’s arm immobilized in a kimura-like position until authorities arrived. After his wounds were treated at an emergency care facility, he was taken to the station, where Polyana filed a police report and learned he was just recently released after being arrested before. 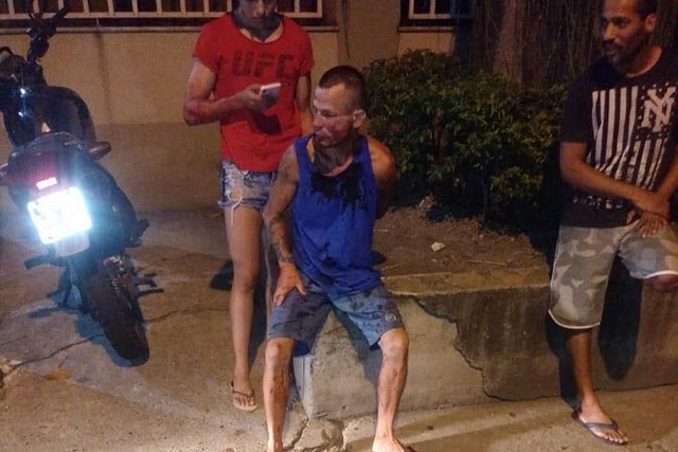 Polyana Viana knows the area is dangerous, which is why she avoids wandering around alone. But, she thought she was safe directly in front of her building’s entrance with the doormen not far away. It turns out she was — but not thanks to any m

He was definitely taken by surprise, finding himself on the receiving end of a beating when he thought he had the upper hand. And, this guy wasn’t the first to make that same mistake. Polyana was previously mugged while living in Belem. There, she was approached by two men on a motorcycle. One charged at her, and just like the guy in Rio, he quickly came to regret it.

Polyana recalled, describing the previous incident, “He broke my umbrella and tried to take my phone “I said I wasn’t going to give it to him. He tried to take it from my hand, I punched him in the face, and he was scared. This time, I was scared. I don’t know if it was because there were two of them,” she furthered. “So, I was scared, but I think he was more scared than I was, so he jumped on the motorcycle and left.”

The encounter with the man and his cardboard “gun” left Polyana’s hands hurting just a little, but it wasn’t anything compared to what her would-be robber was likely feeling. Although Polyana Viana first made a public impression in her stellar UFC debut, where her rear-naked-choke caught UFC President Dana White’s eye, she’s now proven she’s not only a badass in the octagon — when the need arises, she’s one in the streets too.