Robert Brantley, a professional shooter from Louisiana, left work early to spend some time at the range, but he came to a stop after a lone kitten found its way into the road. Brantley has gone viral on Facebook and TikTok thanks to what happened next…

This week, Brantley was on his way to a shooting range in Louisiana after a long day at work when he noticed something on the road. It looked to be a tiny black and white kitten and Robert couldn’t just drive past it.

He parked his car and went to investigate, the little feline coming up to the man excitedly. He left his car running as he got out to save the kitten, but as he filmed the rescue, the situation became more complicated. 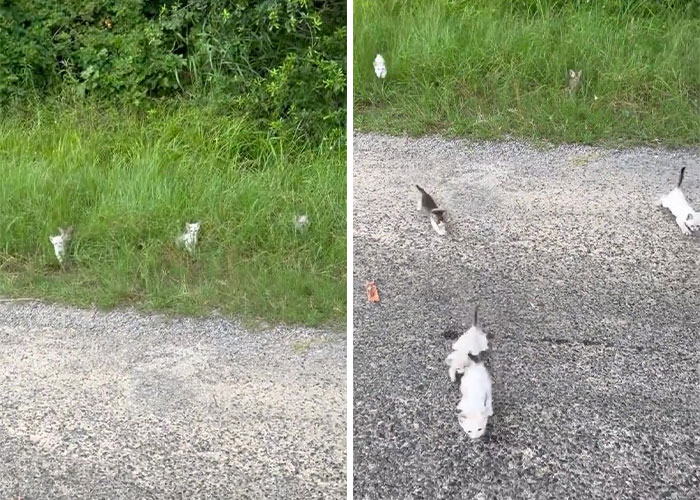 And without warning, the man was ambushed by a dozen kittens, rushing him like a bunch of velociraptors. Let me know if you know the reference.

“Oh no, there’s a whole… Oh my gosh!” he can be heard saying excitedly in an Instagram video, whilst the cats continued to nudge and meow against his ankles. “I can’t take y’all. Oh my gosh. Oh my gosh, there’s more! We got a kitten problem.” 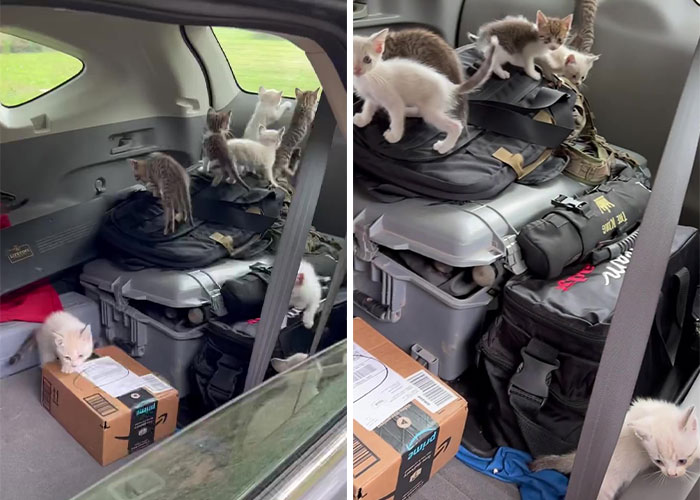 Needless to say, his plans to go to the range were shot, so he called off the visit and wrangled kittens instead. The next problem was getting the 13 kittens into his Honda hatchback and keeping them there. He was quite literally herding cats, and it was going about as well as you would expect.

Brantley said, according to NPR:

“When I opened the door and started putting ’em in, they were jumping out. If I’d throw one in, three would run out.”

The video was quickly reposted on TikTok by ‘strawberryshakefanatic’ (with proper credit to Brantley) and in less than 24 hours, it had been viewed almost 30 million times — with nearly a third of that in likes.

Right after the Brantley family heard of the viral popularity of Robert’s feline rescue operation, his wife Courtney joined the popular short-form video platform to share more videos of the kittens.

She revealed that they in fact brought home all 13 kittens, and are giving fans a glimpse at their new life.

Fans absolutely love having the ability to follow along with the viral felines and their rescuers, as Courtney has amassed over 50,000 followers.