With merely a strip of tape, a Tesla vehicle was tricked into spontaneously accelerating over the speed limit.

As shares in Tesla continue to rise at unreasonable rates, the company has come under a lot of scrutinies. Tesla cars might not be as safe as advertised – Although Elon Musk would have you believe otherwise.

New footage shows that when someone put a piece of tape over a speed limit sign that read 35 miles per hour, the Tesla was tricked into accelerating all the way to 85 miles per hour just because of the manipulated sign.

McAfee researchers placed a two-inch long piece of electrical tape horizontally across the middle of a “3” on a 35 mph speed limit sign, causing the camera system in the car to misread it as 85 mph. When the 2016 Tesla Model X was in cruise control and reached the altered sign, it automatically accelerated to 50 mph before being stopped by the driver — the same thing happened with a 2016 Tesla Model S. 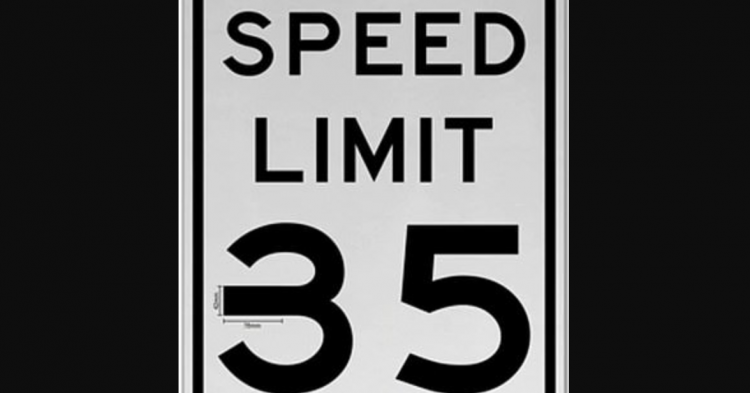 The findings come just a month after Tesla found itself under investigation after 127 complaints were sent to the National Highway Safety Administration (NHTSA) claiming certain models experienced ‘sudden unintended acceleration. 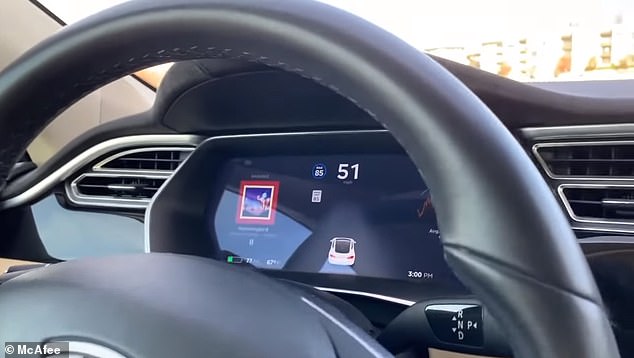 The flaw is said to have caused 110 crashes and 52 injuries, with many drivers stating the incident occurred when they attempted to park in a garage or at a curb.

However, Tesla has noted that ‘the car accelerates if, and only if, the driver told it to do so, and it slows or stops when the driver applies the brake’.

Although McAfee’s experiment was done by human interference, it does highlight a weakness of machine learning systems used in automated driving. 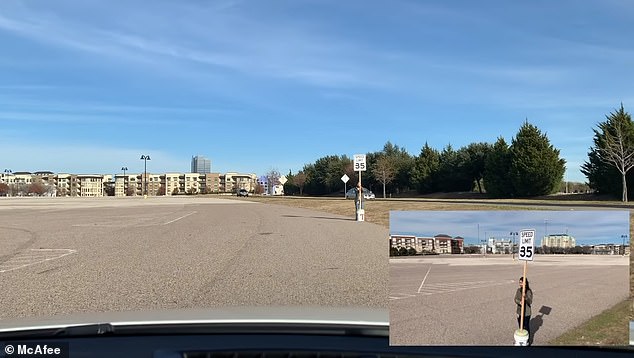 McAfee said in their statement, “By making a tiny sticker-based modification to our speed limit sign, we were able to cause a targeted misclassification of the MobilEye camera on a Tesla and use it to cause the vehicle to autonomously speeds up to 85 miles per hour when reading a 35 miles per hour sign, For safety reasons, the video demonstration shows the speed start to spike and TACC accelerate on its way to 85, but given our test conditions, we apply the brakes well before it reaches target speed.”

“It is worth noting that this is seemingly only possible on the first implementation of TACC when the driver double taps the lever, engaging TACC. If the misclassification is successful, the autopilot engages 100 percent of the time,” The company added.

Tesla does not feel that McAfee’s research is valid because it was an intentional way to trick the computer camera. But should it be considered? Should Tesla models be manufactured to prevent people from tricking it?

McAfee said, “Even to the trained eye, this hardly looks suspicious or malicious, and many who saw it didn’t realize the sign had been altered at all.”

What do you think?