After being released earlier this month, John Hinckley Jr., who attempted to shoot former President Ronald Reagan in 1981 said that he has “true remorse for what he did” during an interview aired on Tuesday’s “CBS Mornings.”

“I have true remorse for what I did. I know [the victims] probably can’t forgive me now, but I just want them to know that I am sorry for what I did. I’ve been the most scrutinized person in the entire mental health system for 41 years.”

On March 30, 1981, as Reagan was leaving the Hilton Hotel in Washington, D.C., Hinckley, then 25, opened fire with a 22 caliber handgun, striking the former president six times, striking him in the chest and members of his entourage, Police officer Thomas Delahanty and Secret Service agent Tim McCarthy were both injured, while Reagan’s press secretary James Brady was paralyzed in the attack.

“I went to Washington Hilton hotel, and he came out from giving a speech. And I was right there, and I fired shots at him which so, unfortunately, hit other people, too,“ Hinckley told Garrett. He said he did not recall what he was feeling at that moment.

Reagan was rushed to George Washington University Hospital where he underwent surgery and recovered, returning to the White House 12 days later.

Hinckley, after being immediately wrestled to the ground by police and Secret Service agents, Hinckley was ultimately found not guilty of the crime due to mental instability, spending the following 30 years in a mental institution before being permitted to live with his family under observation for the previous five years. 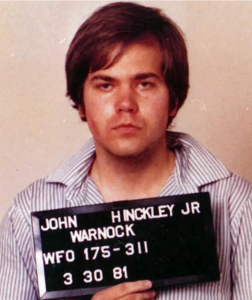 Hinckley said that when he decided to kill Reagan he was “delusional” and acting out of “obsession” with pleasing actress Jodie Foster.

He stated his deluded obsessio 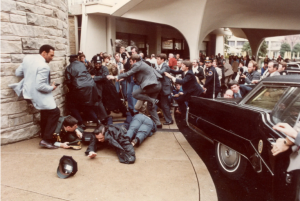 n with actress Jodie Foster drove him and that he didn’t distinguish right from wrong because of his mental disorder, “It was planned, yeah,” he said. Adding that he believed Reagan was a “nice man” and a “good president.”

“I did not have a good heart. I was doing things that a good person wouldn’t do,” he told Garrett.

Hinckley said he can’t remember the incident itself, or what he felt as he shot the president.

“It’s such another lifetime ago,” he said in the interview. “It’s something I don’t want to remember. It was all just so traumatic.”

Hinckley admitted in the interview with CBS that he attempted suicide twice over the years—once by hanging and once by taking pills.

Here’s what Hinckley said of his younger self:

“Psychologically, that person is dead. I’m a completely different person in mind and spirit. I was not just a cold, calculating criminal in 1981. I’m glad I did not succeed.”

Hinckley told Garrett he was sorry for traumatizing the nation and would like to ask for forgiveness from the Reagan family and the families of the others he injured.

“They probably can’t, but I wish they would,” he said.

He says he wants to show that decades of mental health treatment have made him an “ordinary guy who’s just trying to get along like everybody else.” pic.twitter.com/Nj8w4WX3I1