A photo of a second-grader in Oregon is going viral and made all the people who have seen it raise their eyebrows.

This is literally not acceptable, the whole thing that this administration is doing to this country’s children is getting crazier and unacceptable.

If I were one of the parents of those children I won’t let them do these COVID rules to my child that have zero “science” to back them up.

But by the looks of things, a lot of parents, mostly liberals, who are terrified of living, don’t agree with me, and they’re feverishly and enthusiastically turning an entire generation into fearful hypochondriacs.

The image of these kids looks exactly like ISIS hostages, an awful image with a cream background, and all masked-up, they literally look like hostages.

According to the source, this photo is from an Oregon 2nd grade class.

2nd grade yearbook in an elementary school in Oregon. This is so sad. pic.twitter.com/2dY7dgU5r5

Here’s a closeup of the photo: 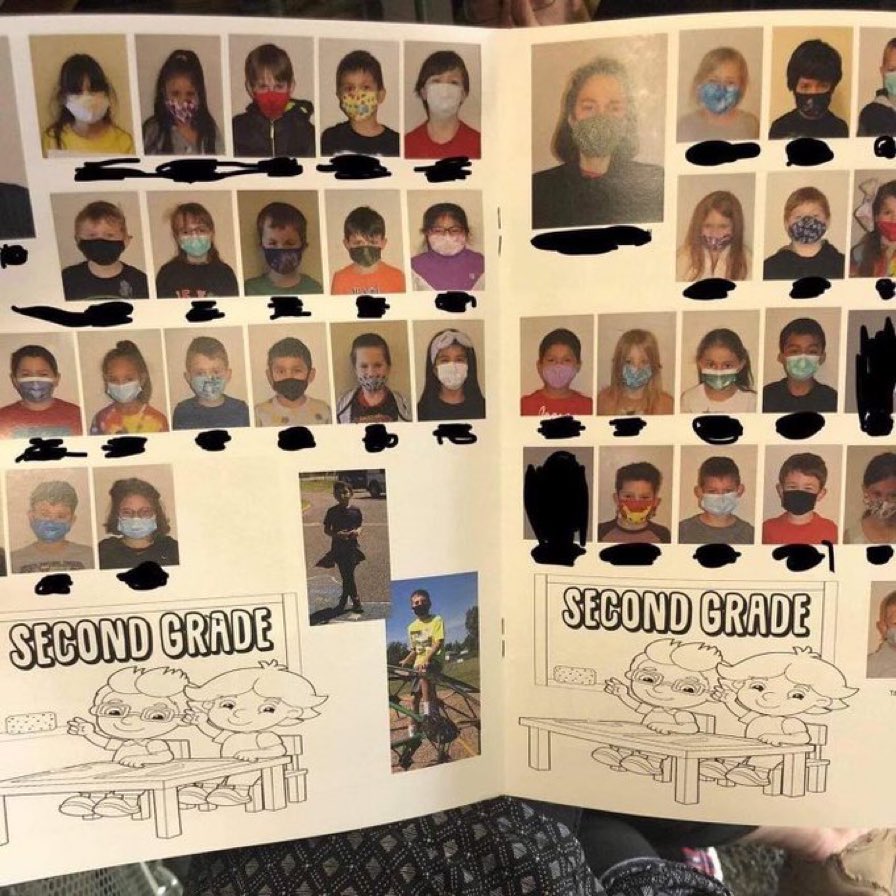 Here are some thoughts from people online after seeing the photo:

“What are we doing to kids? this is so sad”

“Hey, little Suzie, you need to ruin your entire life so your 84 year old grandma can live for another year”

“This isn’t for the health and safety of the kids. It’s to soothe the nerves and anxiety of the psychotic adults who work in the school”

“As a parent, I can tell you, I would NEVER want a picture of my kid like this”

And yes it’s right, what the school trying to present is not “health and safety” for kids.

We’re raising an entire generation of kids who will be messed up and fearful of everything because many adults have Mass Formation Psychosis.

What they’re doing is child abuse.