A super lib college has just suspended a guy for something extremely surprising, to say the least. He refused to date a girl!

Williams College in Williamstown, Massachusetts has just gone through a very bizarre situation indeed. This was in regards to a personal romantic encounter between two of their students. The controversy began when a Hispanic male student known only as “John Doe” and another Hispanic female student known as just “Sally Smith” engaged in some consensual sexual contact. Fair enough, but this led to an eyebrow-raising complaint.

The College Fix is now describing a situation where the school has launched an internal investigation after Sally accused John of failure to pursue a relationship with her after a “kissing and touching” encounter. Sally was claiming that John had not received her “affirmative consent” during the episode, which included making out and fondling her breasts. Sally referred to the college’s Code of Conduct, which states that “consent, once given, may be withdrawn at any time.” Sally claimed that her consent had been withdrawn, but only AFTER the encounter was over.

What makes this incident even more bizarre is that Sally romantically pursued John for several months after the initial encounter, using the argument that she had “never kissed a boy” due to the “restrictive cultural norms in her home country.” John didn’t return her feelings, and that is when she sought to make him pay for allowing the encounter to happen in the first place.

Sally was expressing anger “about what she saw as Doe’s cultural insensitivity around their prior interaction” – namely, it was his failure to seek a romantic relationship after their encounter.

Several days later, John asked Sally why her friends had been “treating him strangely.” She told him he had “emotionally manipulated” her, “taken advantage of her lack of knowledge of American cultural norms” and “disrespected” her own cultural norms.

Sally filed a Title IX complaint in regards to the issue, and John’s “culturally insensitive” behavior caused an investigation to be launched against him. Associate Dean of International Student Services Ninah Pretto contacted John, warning him that his actions (or lack thereof) could merit a sexual harassment complaint. College Dean Marlene Sandstrom barred him from reaching out to potential witnesses or attempting to find any evidence that would support his defense. Namely, he wanted to show that his accuser had a “history of repeated accusations of cultural insensitivity.” 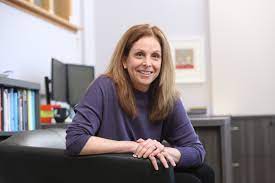 The plot thickened a bit after the school hired former lawyer Allyson Kurker to conduct the investigation, but she too violated school policy because she denied John the opportunity to suggest witnesses to aid in his defense and withheld crucial details about testimony by Sally’s witnesses. The school also refused to review the allegation that Sally has a track record of “repeated accusations of cultural insensitivity.”

They suspended John, but he wasn’t giving up. It wasn’t long after that he filed a lawsuit against Williams College and their administrators, claiming that he had been wrongfully punished by a “flawed disciplinary process” where gender bias was a contributing factor. U.S. District Judge Mark Mastroianni approved John’s request to pursue this litigation.

It was then, and only then, that John was able to present evidence that Sally had made threatening remarks to him, implying physical violence. Namely, she told him that she “had lots of people ready to hurt him.” These were threats that had allegedly come in an effort to force John to be in a relationship with her.

John’s lawsuit also claimed that the panel that ruled on his suspension based their decision on a set of stereotypical and discriminatory instructions from a 90-page training manual.

“These training materials contain anti-male bias and encourage panelists to stereotype men as sexually aggressive and more likely to commit sexual assault,” while also suggesting that panelists can ignore the “intent” of the accused student.

If this person had been male instead of female, he would have already been in jail for stalking, so there’s that as well. Seriously folks, this has all of the makings of a South Park episode. 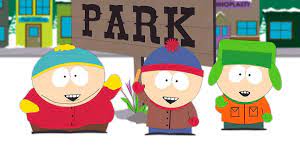