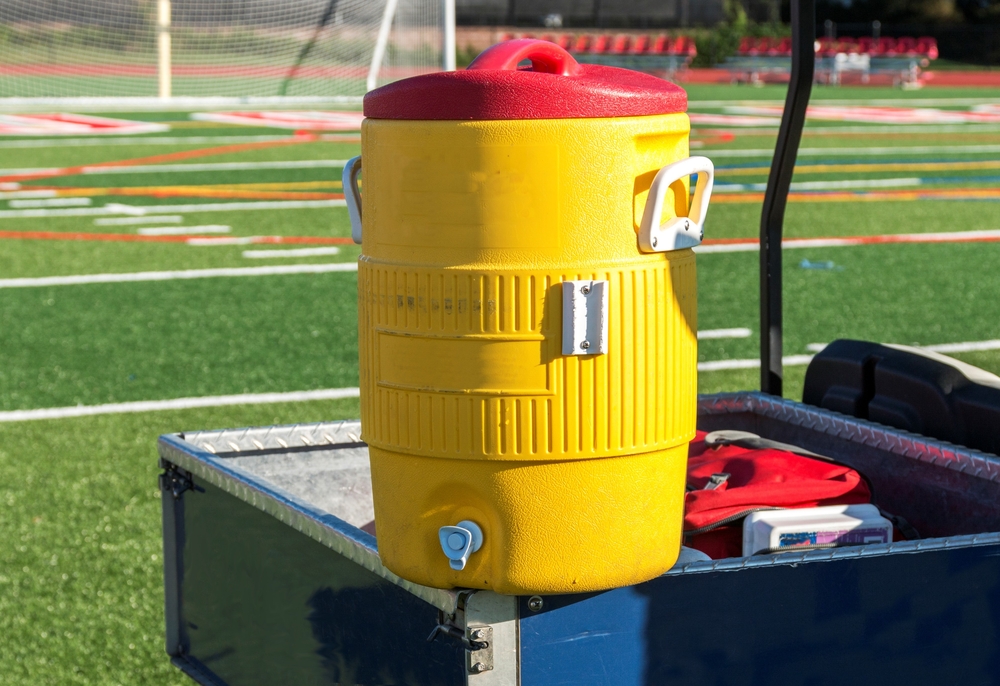 While it is popular knowledge that NFL players and other professional athletes can make hundreds of thousands of dollars – if not multiple millions per year – it’s often a mystery what other people involved in the sport make per year. Now, a viral TikTok has stoked a discussion about the salary of NFL waterboys, the people who provide water and other beverages to the players, so they don’t get dehydrated while playing all because of the former NFL player Jake Thieneman started the discussion on the Chinese-created social media platform.

Thieneman has been sharing videos on the Chinese platform for a while now and has decided to make it his mission to pull back the curtain on the NFL so everyday people can learn more about the sport and league that organizes it. In one of his latest TikTok videos, Thieneman explains that waterboys earn an average salary of $53,000 for providing water during gameplay.

Part of the reason that the former NFL player’s video received more than 300,000 views in just one day was that people are very interested in seeing behind the scenes of popular things like the NFL. TikTok has done a great job exposing the truth of various professions that otherwise might have remained a mystery to most people. Waterboys, which are not often top of mind for most Americans, are one such career that people might not think about much but are quite interested in when there’s some info to share about it.

In the video, Thieneman explained that the salary can be different from team to team but that waterboys are often paid better than you would think. However, the people hired for the job often have qualifications and a college degree, so they can help support the NFL players to the best of their ability.

“Now, there’s a misconception that these people just hand out water and towels,” Thieneman says. “These are trainers on the athletic training staff. Most of them have athletic training degrees or [physical therapy] degrees and are learning the craft of treating players’ injuries and helping guys stay healthy.”

Although lots of people were interested in what Thieneman had to say regarding waterboys in the NFL, other users on the Chinese app were outraged that waterboys were paid “so little” for someone who has a degree in physical therapy.

Some users even argued that the salary should be more like $100,000 per year.

What do you think about the salary of NFL waterboys? Should the offer be higher than $53,000 per year for the professional?