A woman who was amused after she discovered her ‘cool streak’ that had grown on her fingernail for 10 years is a killer sign.

A video of a woman from Virginia went viral on TikTok after her story “blew up” as viewers frantically checked their own nails for the killer sign. Maria Sylvia, 25, informed that she first noticed the mark on her nail in 2012 when it was pale and the borders were soft. 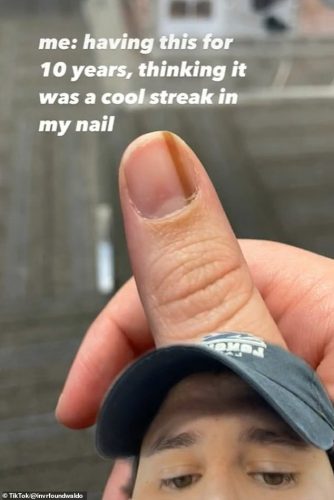 In high school, Sylvia played a lot of sports so when the tan streak appeared on her right thumbnail she thought maybe it was a blood blister or a bruise. When she visited a podiatrist for an ingrown toenail, the doctor recommended that Sylvia visit a dermatologist to have it examined.

“(The dermatologist) basically said it’s most likely a mole in your nail bed and it’s probably not going to be of concern because the alternative was like a 1% chance it was this cancer,” she said. “They basically told me to wait and watch and see if it got darker, grew wider.”

For the next several years, Sylvia thought little of the streak.

“I wasn’t concerned. I was like, ‘What are the odds?’” Sylvia recalled. “I would say, ‘Oh I was just told it was a mole under my nail bed. I grew to accept that it was just part of my hand.’” 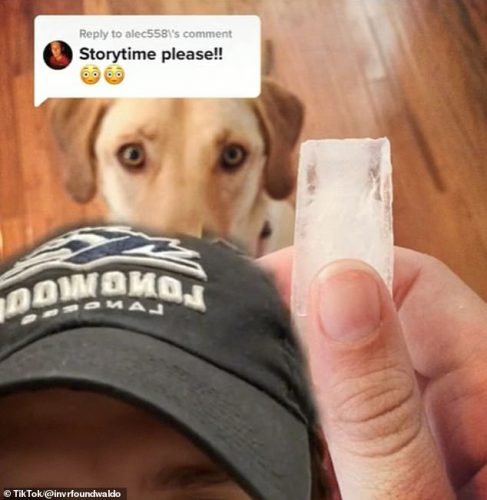 Last fall, a former co-worker, reached out to Sylvia after reading something about subungual melanoma and encouraged Sylvia to see a dermatologist.

“She saw a picture that looked like my thumb and so she sent it to me, ‘You need to get this looked at,’” Sylvia said. “It’s almost like you don’t want to face it at that point because it’s scary.”

Sylvia started researching it and in January she made an appointment with a dermatologist.

“I owe it to my co-worker for creating a voice in the back of my head to get it looked at,” Sylvia said. 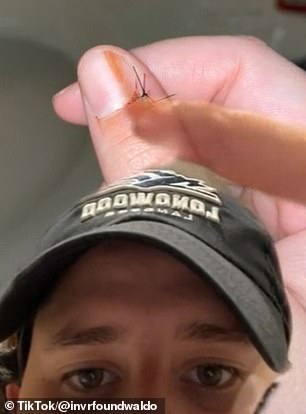 But still, the dermatologist wasn’t sure about conducting a biopsy. 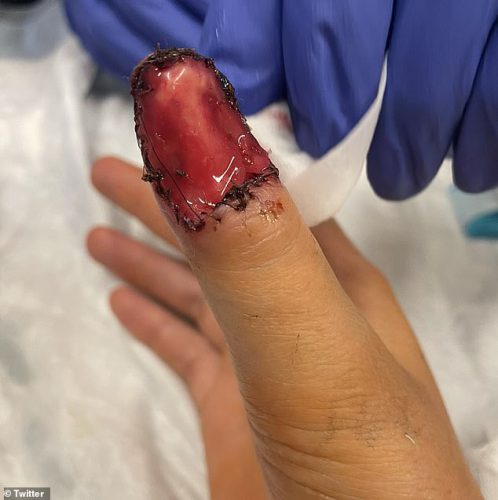 The doctor used a local anesthesia to numb the area and conducted a “punch biopsy,” taking a tiny patch of skin from the nailbed. Even as he finished the procedure, he felt confident the mark was just a mole.

A subungual melanoma is a skin cancer that forms in the finger or toe nailbeds. 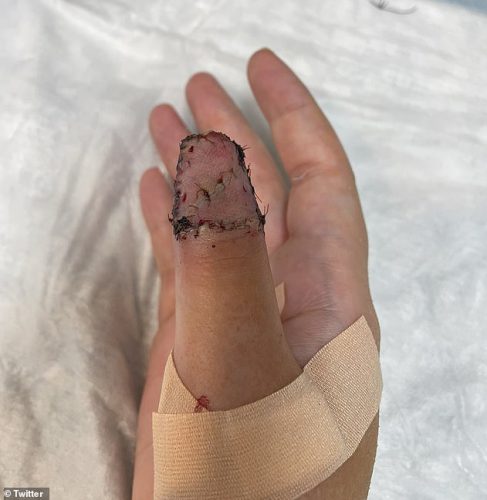 Now, Sylvia is encouraging everyone to get screened for cancer.

“I think some people are afraid to confront the possibility of having cancer and facing their mortality,” she told Newsweek. “The biggest thing I have urged is to put your mind at ease and follow through with seeing someone. If this is caught early, it is very curable, and having a wonky thumb for a month or two is better than not having one at all.”