In today’s online dating world, you almost never really know who you’re speaking with until you meet them in person.

But this one woman was able to realize that she was being catfished by a man he meet on the dating app called Bumble thanks to an Apple Watch!

While there are jokes — and even real studies — about the differences between Android and iPhone users, in this case, 29-year-old Jocelyn from Ontario, Canada @jjustjocelyn wasn’t turned off because she was texting an Android user, but the fact that it contradicted something in the man’s Bumble profile.

This experience made Jocelyn share her experience on TikTok about her recent catfishing incident, “As if dating was not hard enough already,” she captioned.

In the viral-Tiktok video, Jocelyn explained that she had matched with a “good-looking” guy named Myles and, after exchanging a few messages, decided to give Myles her phone number. Myles reached out to make dinner plans and Joceyln was confused by the green messages because Myles was clearly wearing an Apple Watch in one of the photos on his profile.

“What does green mean?” Jocelyn asked, referring to Myles’ texts. “It means he does not have an iPhone.” 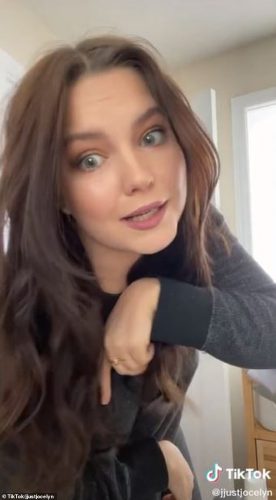 And according to Apple, a person needs to have an iPhone 6 or later in order to use one of its watches. So Jocelyn turned into a detective and did a little digging, reverse image searching Myles’ photos to see what came up.

And it turned out that he wasn’t quite who he claimed to be, tracking down pictures to another man’s Instagram account. 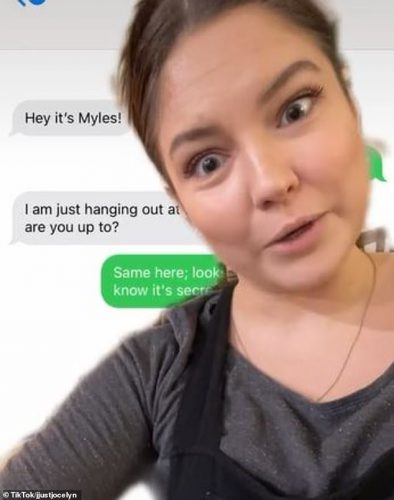 “I do a reverse image search of some of the pictures that he used on his profile and what do we have here? An Instagram model from New York,” Jocelyn said. “I live in Ontario.”

Jocelyn stated that she lived in Ontario, so she couldn’t have matched with Ron.

“Thankfully I hardly spoke to this guy and invested zero percent of my time,” she added.

Jocelyn’s video has since racked up over 1 million views since she posted it, with Bumble’s TikTok account even commenting with an apology.

“We’re so sorry to hear about this!” Bumble wrote. “We’ve found the member and permanently removed them.”

Fortunately, this Canadian woman figured out she was being catfished and was able to stop things before she was harmed. 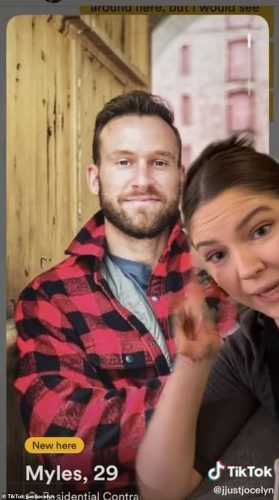