Trump’s Michigan rally is having a rather nasty effect on liberals, literally driving them totally crazy…

There is a tremendous amount of people who have watched President Trump’s recent Michigan rally, and it is truly shocking to people such as Dems, RINOs, and the frauds and liars in the media. It is definitely not shocking to those of us who are Trump supporters, however.

Let’s just call a spade a spade here. This is a staggering amount of people who are tuning in from their laptops, cell phones and other online platforms to see a Trump rally.

Obviously, it’s a long way from where I currently reside, which is in Texas, but you could see the heart of America in that rally. They were decent, down-to-earth people in that rally, and they all said that it was absolutely electrifying.

While there were quite a few people at the rally, there is definitely more to the story…

You see, there was a jaw-dropping number of people who watched it online, and if you don’t think that scared the living whey out of RINOs, Democrats, and the media, then you’ve got another thing coming.

Just take a look at these numbers, folks:

These are numbers of EPIC proportions…

And these Trump haters would have us all believe that he is the man who lost?

Seriously? Are you kidding me? Give all of us a break already!

President Trump’s next rally will be in North Carolina, and we’ll see how that goes. But judging from his rally in suburban Detroit of all places, it is going to be huge.

Methinks that the Dems are watching all of this “Trump enthusiasm” and they are going nuts and ready to jump off the nearest cliff. 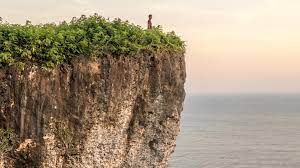 All they did was make him more popular, and their house of cards is totally tumbling.