This is because two plumbers were hired to unclog a drain in a local home, but they discovered something that was so shocking and horrible that they were quickly calling police after they pulled the pipes apart. Needless to say, it’s a good thing that they went ahead and called the police.

Adam Strong is a 47-year-old Canadian man, and he has now found himself at the epicenter of a police investigation due to the tenants of his main floor apartment building discovering something so gruesome that they had no choice but to call the authorities.

After responding to the call, Police Constable Kevin Park went straight away to the Oshawa home located northeast of Toronto to meet with these two bewildered and horrified plumbers. They showed him a shopping bag, which contained some of the remains they had collected. Inside the bag, Constable Park discovered what could only be described as a “fleshy-like substance, maybe 13 to 14 inches long.”

“I’d never seen anything like this before so I wasn’t sure,” the Durham Regional Police officer testified in court, according to Daily Mail. Unfortunately, that wasn’t the worst of it. Upon a more thorough examination of the contents of the bag, the police went to the basement section of the apartment building, which is where Adam Strong opened the door.

Strong admitted to killing and dismembering Hache, saying, “OK, you got me, the gig’s up, it’s a body,” Strong allegedly told police. “If you want to recover the rest of her, it’s in my freezer,” he added. 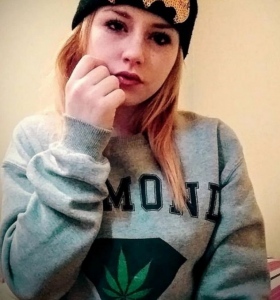 The cops proceeded to arrest Adam Strong and charge him with the murder of 18-year-old Rori Hache, and she had disappeared several months before the grisly discovery had been made. They also accused him of killing Kandis Fitzpatrick, who had disappeared nine years prior, not having been heard from since.

The evidence was stacked against him. It was several months prior to discovering parts of Hache’s dismembered body that fishermen discovered a torso in Oshawa Harbor. They turned over the gruesome discovery to the police, and they quickly determined that the torso belonged to Hache.

In all honesty, Strong didn’t really land on the police’s radar until he attempted to dispose of Hache’s remains. Crown Attorney Bryan Guertin added that there was some data from Strong’s phone that showed that he had been at Oshawa Harbor just a week prior to Hache’s torso being discovered. Guertin alleges that this must have been when Strong dumped the torso. This when police realized they had a big problem, with at least two murders on their hands.

The police also found Strong’s semen on Hache’s body, as well as her blood being in his freezer and on his bedroom walls. However, when the police were doing their forensic search that is when they discovered a large hunting knife that was normally used for gutting and skinning animals. This proved that he was the one who killed Kandis Fitzpatrick because it had her DNA on it.

“Ms. Fitzpatrick found the same fate as Ms. Hache,” Guertin told the court. “Both girls were vulnerable, were essentially homeless with no fixed address,” he said, adding, “Both girls suffered from drug issues and sometimes worked in the sex trade to help fund their drug habit.” 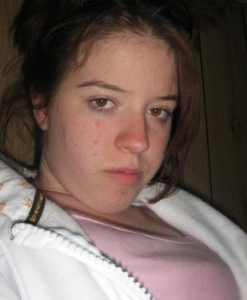 The saddest part of this whole ordeal is that one of these women was pregnant. 18-year-old Rori Hache was expecting a child, and even though she struggled with addiction, her mother, Shanan Dionne, said that wasn’t what Strong’s trial was about. Dionne was adamant that whether her daughter was homeless or a “drug addict” that didn’t mean that justified her being “tossed away” because she “wasn’t loved, because she was so loved.”

As if this weren’t enough, there were five women who claimed to be victims of sexual violence inflicted by Adam Strong, and they were called to testify during his trial, saying that he had a “pully” that he used to bind and restrain them. All of these gruesome details came to light, and all Mr Strong did was just sit there, with his hair tied back in a pony tail and his face devoid of emotion.